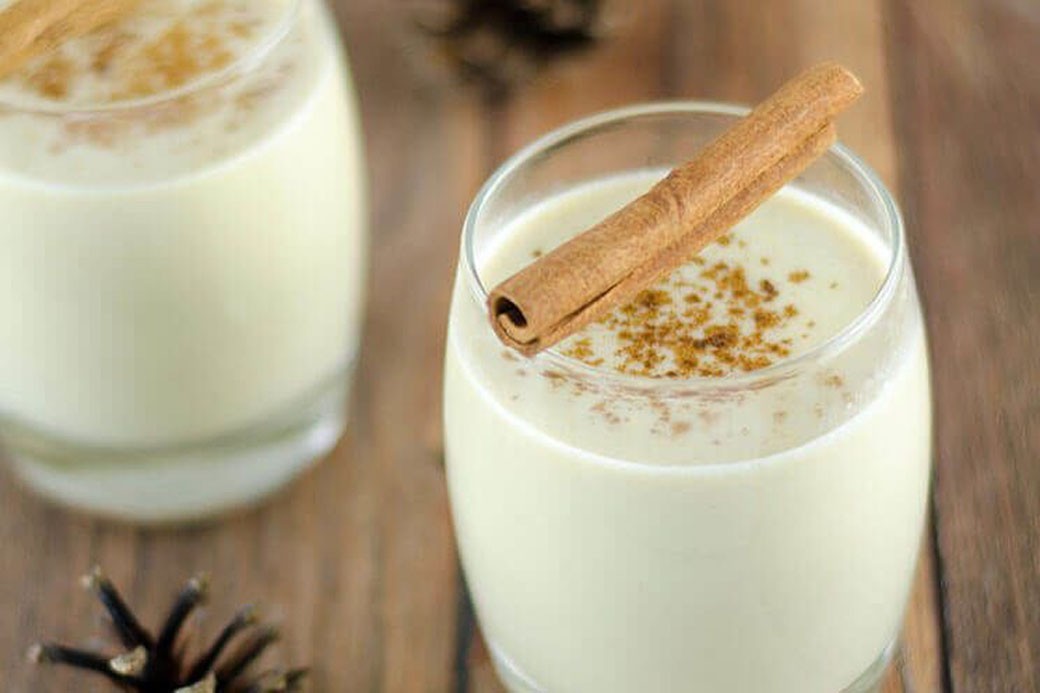 Deck the halls with boughs of holly . . . fa la la la la . . . la la la la. Jingle bells, Jingle bells, Jingle all the way. . . Okay, okay, enough of the off-key singing. It's that time of the year for gift-giving, Yuletide gay, office parties, bright lights, Christmas trees (my preferences were Douglas firs and blue spruces), and of course—eggnog. Yep, you heard me—eggnog. There's nothing like an ice-cold glass of eggnog sprinkled with nutmeg during this time of year. Besides, what is Christmas without it? Eggnog is just as traditional as the songs that we sing during this time of year. With or without alcohol, eggnog is the staple Christmas cocktail. If you are amongst the few who have never sampled it, shame on you! Alright, so you're a vegan. Then, I'll give you a pass. Healthy eating is always a plus in my book. But, what is eggnog and how did it become synonymous with the Christmas season?
​ 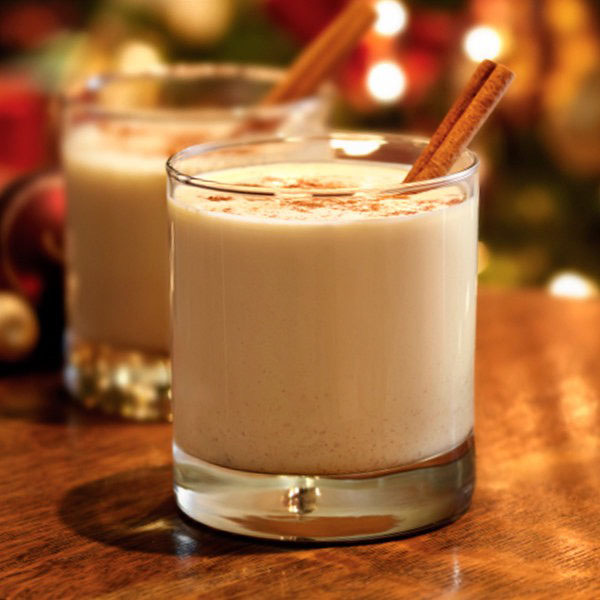 Eggnog is a creamy, dessert-like beverage usually made with eggs, milk, heavy cream, vanilla, nutmeg or cinnamon, sugar, and a dark spirit such as rum (spiced rum is a good choice), bourbon, whiskey, Cognac or brandy. It tastes like a liquid egg custard--decadent and yummy. But, that's me. Eggnog dates back as far as the Medieval Period. Although the actual origins of the drink is unknown, eggnog may have derived from one of these two concoctions—the "posset" and/or the "egg flip".

Posset was a medieval British beverage made of sweetened and spiced milk, ale, wine or sack (a sweet ale similar to sherry), heated until the milk curdled. It was widely used for its medicinal purposes, as remedy for colds and fevers. Through time, the recipe was later tweaked to include eggs, cream, lemon, and citrus juices. Because milk and eggs were scarce, and sherry was expensive, posset was a drink originally consumed by English aristocrats. It was usually served in special cups that resembled teapots. Today, posset is used to refer to a custard-like dessert. For all of you trivia buffs, posset is the drink mentioned in many of Shakespeare's works.

The "egg flip" is another possible precursor of the recipe. First, let me explain a "flip" and "flipping". According to Wikipedia, a "flip" is a class of mixed drinks which describes a mixture of rum, beer, and sugar, heated with a red-hot iron (e.g., a fireplace poker). The addition of the hot iron would cause the drink to froth (or "flip"). Eventually, the recipe was altered to exclude the beer and to include the addition of eggs instead. Thus, came the creation of the "egg flip". Unlike eggnog, the egg flip did not contain cream. Once upon a time, that was the one major distinction between the two beverages. In time, cream became an optional ingredient for use in a flip.

To answer that question, now that we know where the recipe may have originated, the actual name is believed to have come from the wooden mugs that the English used called "noggins" (no, not somebody's big head), to drink ale and other alcoholic beverages. Another possibility is that the name "eggnog" may have come from the phrase "egg n' grog". Now, that makes a lot of sense because the two sound quite similar. Grog is the generic term used to describe any alcoholic beverage made with water and rum and/or a strong beer. Some say that the term refers to rum, some say beer. There's a whole convoluted history surrounding the actual meaning of the term "grog", but I'm going to leave that one alone.

How eggnog actually became the traditional drink of the Christmas holiday season—nobody knows. What is known is that it was the colonists who brought this eggy recipe along with them across the Atlantic. I figure since the English used posset as the drink to toast to prosperity and good health, eggnog was the perfect replacement, and as an end of the year celebration, Christmas may have been the perfect time to celebrate the upcoming year. Another possibility could be due to the cold weather, they didn't have to worry about spoilage. In fact, the alcohol acted as a preservative. Also, who would want to be drinking this eggy substance in hot weather? For whatever reasons, since the 1800's, eggnog has been the consummate drink of the holiday season—at least for Americans and Canadians.

Eggnog Around The Globe

During my fact-finding mission, I discovered that there are all sorts of variations of eggnog around the globe. Most notably, Coquito, a lighter, rum-based, coconut version enjoyed by Puerto Ricans, Dominicans, and Cubans. Cinnamon and cloves are used rather than nutmeg. Mexicans have their version that they call Rompope, Rompon, or Rompopo which originated in Spain. Rompope is a derivative of the word "pope", and is believed to have been invented by nuns in the convent of Santa Clara in Puebla, Mexico. One major distinction of their version is the addition of almonds and other nuts, used to give the drink a nutty flavor. Haitians make a very boozy eggnog with rum or either high-proof grain alcohol like Everclear called Cremas, Kremas, or Cremasse. I also discovered that all over Latin America, there are many versions of eggnog with a variety of names. Depending upon where you may go, you may be drinking Ponche Creme or Crema (Venezuela); Caspiroleta, a Peruvian eggnog made with pisco; Licor de Ovos (Brazil); or Cola de Mono translated to mean "monkey's tail," which is a Chilean version of eggnog that is made with coffee.

Most of the eggnog that we consume today is usually made commercially. Salmonella is a great risk factor when concocting your own versions of the recipes (you're talking about raw eggs). To minimize the health risks, most commercial brands are made with about 1% of egg yolks, which means that we are drinking more nog than egg. Believe it or not, some of the old recipes called for the use of a dozen eggs and quarts and pints of various alcohols. I guess that gave real meaning to the phrase, "Tis the season to be jolly." Maybe that's why "The night before Christmas, when all through the house, not a creature was stirring, not even a mouse." Maybe, everybody had had a few glasses of the original- recipe eggnog. LOL! Seriously, if you haven't had a glass of eggnog, I suggest you give it a try. Be careful though, it's high in calories and cholesterol.

In the meantime, "Sleigh bells ring, are you listening, in the lane, snow is glistening, a beautiful sight, we're happy tonight, walking in the winter wonderland."